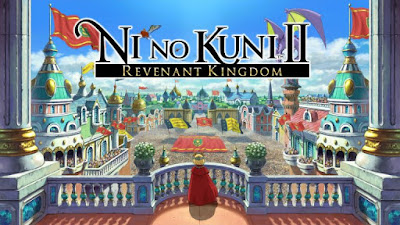 ABOUT THIS GAME
This game tells of King Evan Pettiwhisker Tildrum of the kingdom of Ding Dong Dell, who was betrayed by his royal adviser, Mausinger. It is targeted to be immediately killed after his power is seized, Evan then meets Roland, a President from another world who is thrown into his world. He then escaped from Ding Dong Dell, to establish a new kingdom called Evermore. Evan's dream of uniting four other kingdoms so that there would not be a dispute, became the beginning of your adventure in Ni no Kuni II.

When fighting, you will realize that there is a Zing system that is indicated by a number below each of your weapons. If the number reaches 100%, then your usual attack will get stronger. Zing system also allows you to use the skills and magic you have.

Each character has two types of equipment, the first is a melee attack, and the second is a long range attack. There are three melee weapons and one long range weapon that you can choose. The attack from melee weapons has two combos, heavy and light. Lightweight combos are faster, while combos weigh slower with greater damage. Each attack allows you to do the MP recovery needed by your skill.

Just like close range attacks, long range weapons also have two types of attacks, light and strong. A minor attack will fire your ammunition one by one, while a heavy attack will have a high charge time with high damage.

Just like other JRPG games, you will be able to use ships to explore the oceans and some unspoiled islands. Your exploration is getting wider after you get a plane.

In some corners of the map and dungeon, you will find lots of boss monsters named painted monsters that are far stronger than ordinary strong monsters. This monster is marked with an icon like a devil's head on a map. Defeating painted monsters will give you prizes such as rare weapons, items that you can't get in the kingdom or shops in the city.

Ni no Kuni II comes with a charming and beautiful story. Bring the essence of JRPG fantasy to your eyes and your feelings in it. Even though music and side quests are one of its weaknesses, its presence is one form of Level 5 success that brings imaginative JRPG.

For those of you who are quite hardcore in RPG games, maybe you will complain a little because the difficulty level is practically easy for RPG games. However, actually this game is deliberately made to be easy to digest and fun to play.
SCREENSHOTS 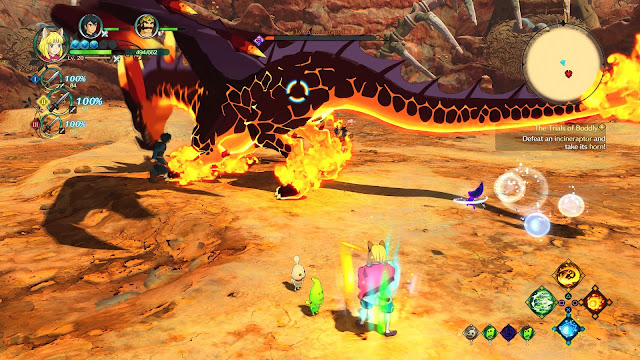 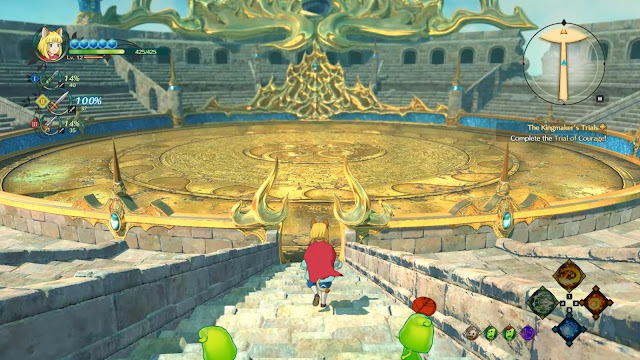 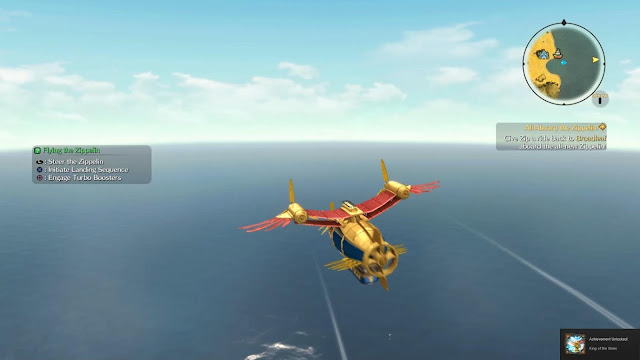 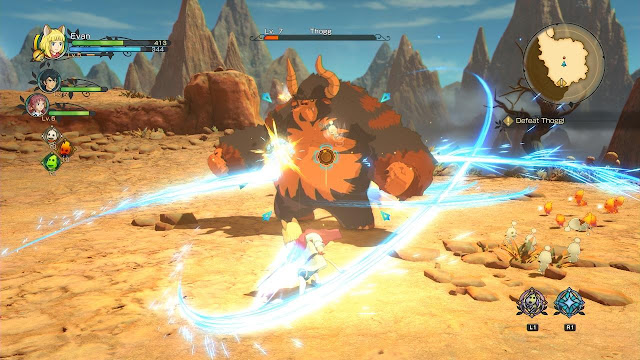