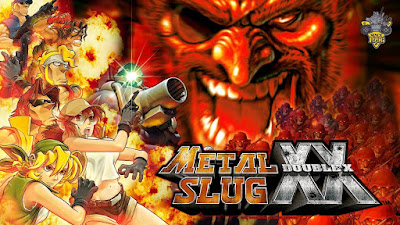 Free Download METAL SLUG XX (PC Game) Full Version. Metal Slug XX is a remake version for PC on Metal Slug 7 which was previously released exclusively for DS. A remastered version for Steam (PC) was released on February 1, 2019, is still loyal to its 2D graphics and is the 8th game of the same titled series. Debuted for the first time at Neo-Geo, and was popular in Indonesia through arcade & emulator, this game is full of humor.

ABOUT THIS GAME
Metal Slug XX can be used as a game to reminisce when playing this oldschool game, it can be played on an ad-hoc basis with a friend, and has 3 levels of difficulty and 3 screen display options. Combat School Session will bring up instructors who can be invited to chat or provide training in the form of missions that are modified for you to live with certain conditions.

The story displayed by SNK Playmore this time takes the theme of future militant attacks led by General Morden to the present and our heroes are trying to stop it, once again. Well, a cliché story. But you might not care too much about it, because more will be preoccupied with the action of strafing opponents who constantly appear to block you.

In addition to the addition of Ralf & Clark, it is said that this time we can still bring Leona from the King of Fighters series. At present, it is not yet known how to bring it up. Rumors say that this character can be raised by playing a Combat School session. In the meantime, you will still be satisfied with the presence of the first 6 characters in this game, such as Marco, Tarma, Fio, Eri, and 2 names earlier.

Gameplay is still displayed as side-scrolling, you will walk from left to right. Strafe the opponent while saving the POWs (Prisoner of War). Every time we save these POWs, they will provide various kinds of items, in the form of new or other weapons. Even this time, if we drop the army a coin will appear for us to collect.

In addition to new weapons, various vehicles will accompany us in the action of strafing opponents, both small and large. Of course, as before, these vehicles only last a short time. After holding back a barrage of opposing weapons, this vehicle will stop and make you have to run away so you don't die from the explosion.

In terms of graphics, although still using 2D, this game still does not reduce the graphics quality that continues to be maintained until now. Animations that are quite subtle, to hilarious expressions of our heroes and their opponents. Also the effects of shots are increasingly multiplied thanks to the presence of several new weapons. It feels interesting to see it all on the handheld screen.

While in terms of the sound contained in this game, the use of narratives, sound effects and distinctive BGM still enlivens the militant atmosphere, making us want to come back again to play this game. It seems that if there are no voices maybe the feel will disappear and feel less alive. In the end, if you feel like reminiscing with the moments of playing the oldschool game and want to get rid of boredom, try playing Metal Slug XX.
SCREENSHOTS 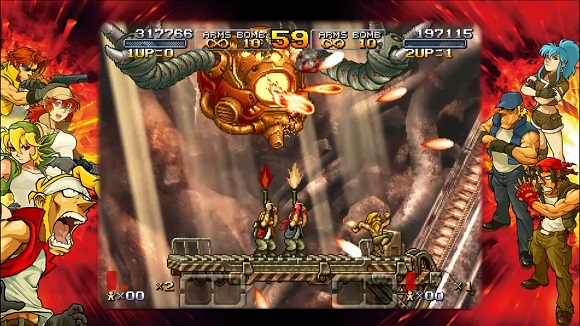 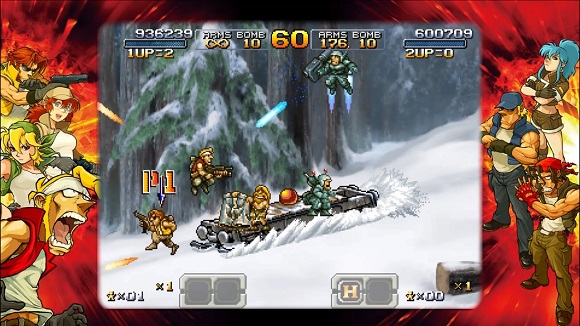