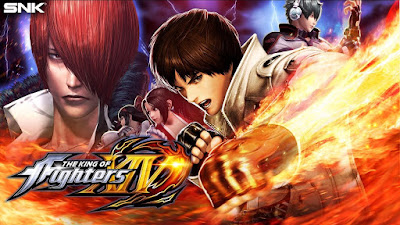 Free Download The King of Fighters XIV Steam Edition v1.19 (PC Game) Repack - CODEX : The King of Fighters XIV is a fighting game, part of The King of Fighters video game series by SNK. This Game was released on Juny 15, 2017. KOF XIV is the newest entry in the acclaimed THE KING OF FIGHTERS series of fighting games. Lead by veteran creator and FATAL FURY creator Yasuyuki Oda, KOF XIV takes the iconic gameplay that the series is known for while implementing new 3D visuals, a first for a mainline entry in the series! Featuring a robust roster of 50 characters in the base game along with 4 DLC characters, including both returning fan favorites and new characters, this entry is perfect for veterans and newcomers alike!

ABOUT THIS GAME
The King of Fighters XIV features full 3D models like The King of Fighters: Maximum Impact, but on a 2D plane like Street Fighter IV and its updates, while keeping the same formula used in the previous installments. The player can select a team composed of three characters who fight against other teams. The Hyper Drive system from the last game is no longer present and has been replaced with a new version of "Max Mode" from earlier games in the series. In Max mode, the player can perform unlimited EX special moves for a short period of time, and the timer changes depending on what position their character is in.

The characters have three types of Supers: the returning "Super Special Moves" and "Max Super Special Moves", the latter of which require a total of two power gauges to execute (one in Max mode on), and a new type called "Climax Super Special Moves". Climax Super Special Moves are the strongest types in the game and will require a total of three power gauges (two with Max mode on). The game also features the "Just Defend" mechanic from Garou: Mark of the Wolves. The HD thrust system now makes the opponent hit the wall and crumple for follow up attacks. The game is designed to play like The King of Fighters XIII during Max mode where the player can use EX moves and three levels of Supers that can be canceled in their order of hierarchy. For beginners, there will be the automatic and simple "Rush Combo". The online lobby has three modes: team VS, single VS, and party VS; up to 12 players can enter and also spectate.
SCREENSHOTS 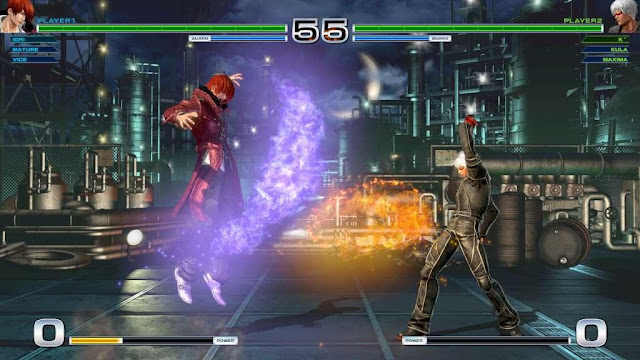 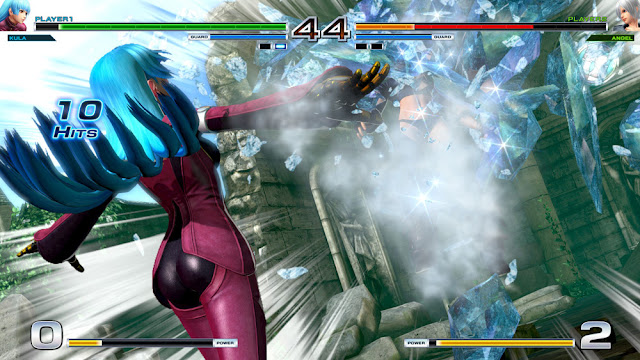 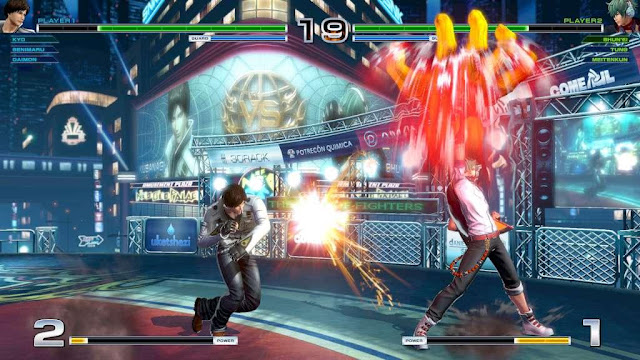 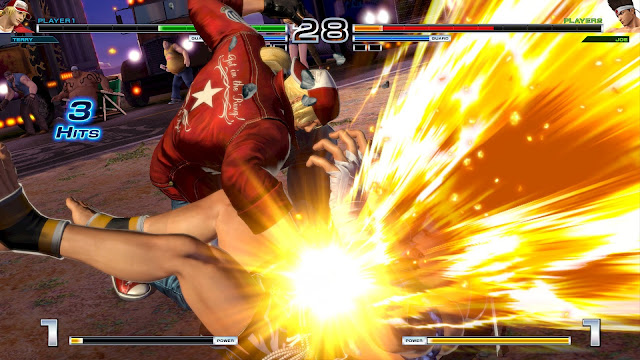 REPACK NOTES: Our previous release had a bad pack on file name.