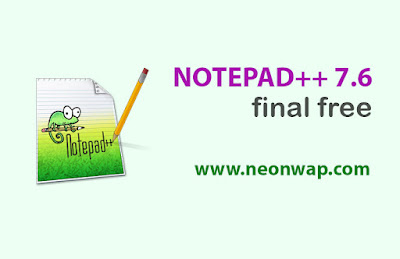 Notepad ++ 7.6 is the latest version of Notepad ++ with improvements to some bugs that are still present in the previous version. This software supports a lot of programming languages ​​and is accompanied by a variety of interesting features, including separating and editing the finished source code, syntax highlighting, editing multiple files at once, and many more. So what are you waiting for, immediately you download Notepad ++ 7.6 Final now and edit your source easily and quickly.


Some features of Notepad++ Final