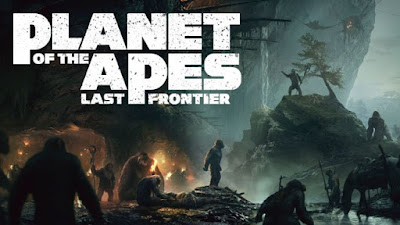 Planet of the Apes: Last Frontier PC Game is a narrative adventure game of conquest, betrayal, and survival. When the fates of a tribe of apes and a band of human survivors intertwine, two worlds collide as their precarious existence hangs in the balance.

Players play both sides of the growing conflict, gaining a deep understanding of the motivations, hopes, and fears of humans and apes alike. The destinies of each species rest entirely on the player as the game pushes towards a tense, fragile peace, or a final bloody battle.

Planet of the Apes: Last Frontier will take story cues from the film, aiming to be just as morally ambiguous, with no heroes or villains and no black or white decisions. Players will control a cast of 14 humans and apes throughout the game, who can live or die based on your decisions. Like many decision-making narratives, there will be multiple endings possible depending on what actions you take. There are 3 general endings to the game; apes win, humans win, or peace among the two. However, there are several endings within the 3 general scenarios depending on the characters that live and die, and the general choices made throughout.

Further, the game seeks to be an even closer intersection between games and films than similar products, such as Telltale titles. It will run between 2-3 hours and the player’s only input will be entirely choice-based decisions. There are no puzzles, no exploration, nor any direct control over characters.
Planet of the Apes: Last Frontier is notably set around a year after Dawn of the Planet of the Apes, and is centered around a breakaway faction of apes who previously followed ape renegade, Koba. The faction takes refuge in the Rocky Mountains from the chaotic and still ongoing ape vs human war. However, the apes soon find themselves forced to descend into a human-owned valley as Winter approaches and food is running low.

The game follows both apes and humans with the ape tribe being centred around a family consisting of the tribe leader, Khan and his 3 sons; Bryn, Tola, and Juno. The humans are farmers living off the land in a small village where a town used to stand. They follow Jess, the wife of the former and now deceased town mayor.
SCREENSHOTS 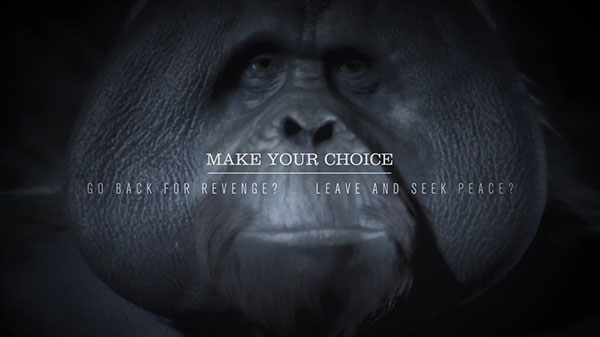 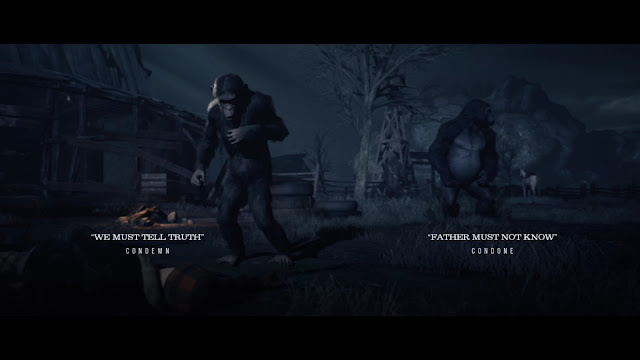 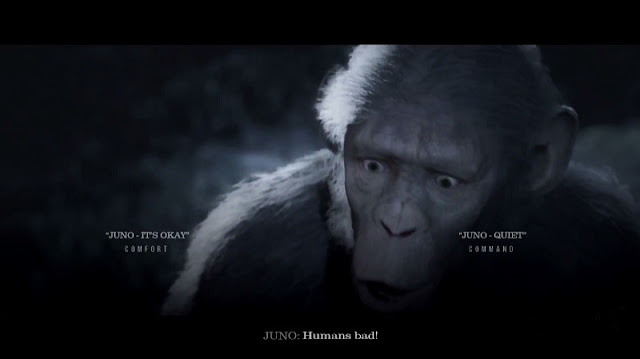 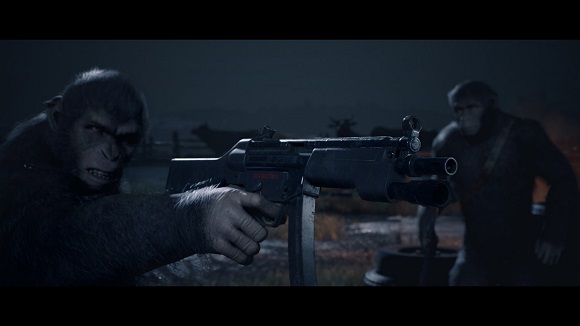