This time the adventures of Neptune and friends were divided into 3 arcs, starting with Neptune and his sister, Nepgear, to another dimension called Zero Dimension. There they meet new friends, Uzume Tennouboshi, they work together to defeat a giant enemy that is Dark CPU. Please play the game yourself to find out the continuation of this story.

Each arc even has its own title, namely Zero Dimension Neptunia Z, Hyper Dimension Neptunia G, and Heart Dimension Neptunia H. Although the title is different, everything is connected to a big story. The story is not long, but quite interesting especially this time not only Neptune or Nepgear are the main characters. The ridiculousness that Neptune and his friends did again entertained the players in this game.

Graphics and CG gallery this game is great for anime-style games, the performance is also very good, there has never been a fps drop when playing. Most attack and transform animations are also very good and players will love to see them repeatedly for a while. Every character other than the enemy also has a good voice, especially the Japanese voice cast. Unlike BGM music which is not very good, but there are some interesting ones.

Although the graphics are good, the monster model used is used many times over and over with a slight difference so it is boring to see monsters that are similar throughout the game. CG gallery is also felt much less than the previous game so it is less satisfying. Skill animations are the best improvement because there are lots of new characters and new skills that are very cool animations, although there are some combined skills whose animation is only modest.

Gameplay is more or less the same as the previous series, follows stories, explores dungeons, defeats monsters and raises levels, collects money and materials to make or buy new weapons or armor, do quests, and so on. Gameplay this time enriched with a new system, namely route builder, breakable object, breakable parts and investment that will be explained after this. Although there are many new systems, many old systems become worse so the gameplay is worse than the previous neptunia series.

Unlike the previous series, this time the player must build a route from one place to another so that it can be explored. Building a route is very easy, players simply choose a destination and use a certain amount of money and the route will be built. When players explore the route, Random Battle will sometimes occur, this is new in the Neptunia series.
SCREENSHOTS 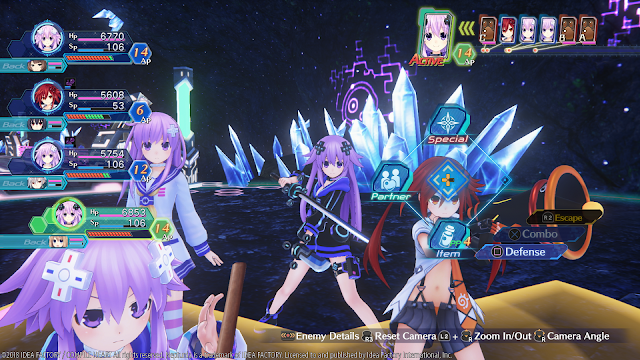 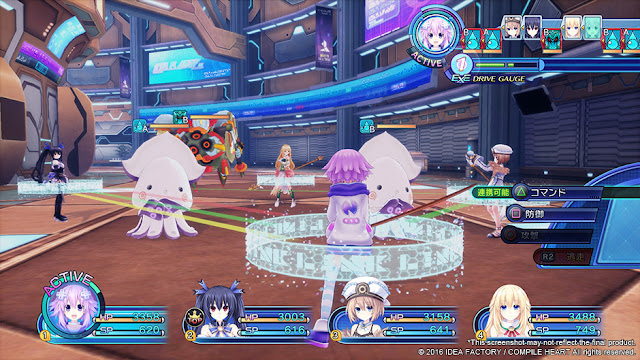 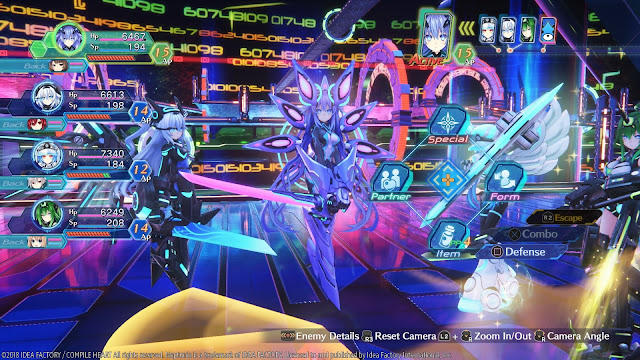